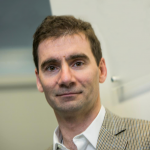 Matt received a Ph.D. in Chemical Engineering from the University of Maryland in 2001. He joined Cornell University in 2003 where he is currently the William L. Lewis Professor of Engineering in the Robert F. Smith School of Chemical and Biomolecular Engineering. His research focuses on understanding and controlling protein biogenesis in the complex environment of a living cell. His contributions to science and engineering include seminal discoveries in the areas of glycobiology, immunoengineering, and protein hemeostasis mechanisms. Several of the technologies that Matt invented have been translated into successful commercial applications that facilitate the discovery, design and manufacturing of human therapeutics and vaccines. Matt has received over a dozen honorific distinctions and prestigious awards for his accomplishments in research, Including a NYSTAR Watson Young Investigator award (2004), a NSF CAREER award (2005), a Beckman Foundation Young Investigator award (2005), an Office of Naval Research Young Investigator award (2006), a NYSTAR Distinguished Faculty Award (2007), a Cornell Provost's Award for Distinguished Scholarship (2009). Matt was elected as a fellow of the American Institute for Medical and Biological Engineering in 2014, a fellow of the American Academy of Microbiology in 2019, and a fellow of American Association for the Advancement of Science in 2019.

In parallel to his scientific and entrepreneurial career, Matt is an avid bike racer. When he is not at work, he enjoys hiking the Adirondack high peaks with his wife, two sons, and their dog. 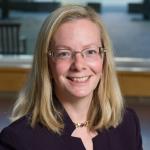 Tami has lived and worked in New York State’s Southern Tier and Central regions for most of her life. Her career encompasses government, not-for-profit and higher education fields, with experience in health care services, workforce and economic development, and financial management. Employed for over ten years by Tioga County in rural upstate New York, Tami served as a case manager for community health services and Director of Employment and Training. She completed her MBA at Binghamton University while serving as Director of Volunteer Services and eventually Director of Finance for Southern Tier AIDS Program. After beginning her Cornell career as a financial analyst in the University Budget office, Tami and her family moved to Ithaca. She was promoted to Director of Finance and Budget for the Cornell University Library in 2005. In 2015, Tami accepted the position of Executive Director for the Cornell Institute of Biotechnology. This role encompasses her interests in biotechnology and health, financial administration, and New York State economic development. 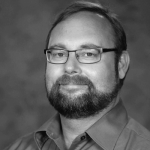 James has been with the Cornell Institute of Biotechnology for over 20 years, starting as a laboratory technician in the DNA Sequencing and Oligonucleotide Synthesis Facilities soon after receiving his B.S. from Cornell University. Fascinated by the challenges of data and workflow management in a service facility, James naturally moved to the Computer Facility and assembled a team of IT support assistants and programmers. He introduced the automation of the lab’s ordering, workflow, and billing at a time when Laboratory Information Management Systems were not common. From 2002 to 2006, James served as interim director of the BRC, before becoming director of the Bio-IT facility. In 2017, James assumed the role of Associate Director, and strives to support the Institute’s leadership and mission by developing opportunities for new and innovative science, technology, and funding through a network of researchers, vendors and advisors. 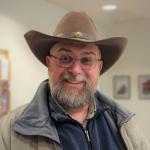 Jaroslaw (Jarek) received his Ph.D. from Warsaw University in the field of theoretical chemistry. Beginning his undergraduate studies and early research work in the field of quantum chemistry, he studied de novo protein folding problems, which required training in biochemistry, mathematics and computer science to solve. Following his interest for advanced computational methods, Jarek carried out his postdoctoral studies in the laboratory of Dr. Harold Scheraga at Cornell University where he developed massively parallel computing approaches to answer protein folding questions. In 2004, Jarek became the director of the Bioinformatics Facility, where he designs, deploys, and manages advanced computational tools, and participates in computational biology research. When he is not at work, Jarek is an accomplished amateur astronomer who owns several semi-professional telescopes in his personal observatory. 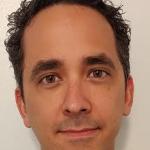 William Lai is an Assistant Research Professor in the Department of Molecular Biology and Genetics. He works with the Pugh lab and is interested in principles of gene regulation. Dr. Lai’s research is directed towards understanding the fundamental mechanisms of gene regulation. DNA sequence, local and distal chromatin (protein), and RNA all play both cooperative and antagonistic roles in the decision of when and how often any particular gene is transcribed. Understanding how these biological networks make decisions is the key bottleneck in understanding how perturbations to these systems result in a disease phenotype. The primary methods used to undertake this is through a combination of classic biochemistry, next-generation sequencing assays, and machine-learning computational approaches to approach the eukaryotic genome in a holistic manner. Due to the high-level of conservation amongst eukaryotic organisms, model organisms of interest include yeast, mouse, and human. 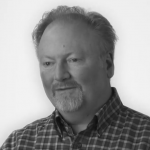 Peter received his Ph.D. from the University of Pennsylvania and did his postdoctoral studies at the Jackson Laboratory in Bar Harbor, ME, and at Johns Hopkins University in Baltimore, MD. Peter has been leading and managing genotyping and sequencing laboratories for 20 years. Initially working at the Jackson Laboratory and the University of Illinois at Urbana-Champaign, Peter has been the director of the Genomics Facility at Cornell University for 14 years. Peter is also responsible for evaluating new technologies and instrumentation to support genomic DNA sequencing, RNA sequencing, metagenomics, and a variety of other types of projects, including de novo genome assembly, single-cell RNA-seq, and developing methods for large-scale genotyping projects. 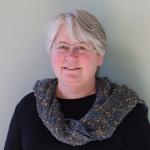 Jen received her Ph.D. in Genetics from the University of Wisconsin-Madison in the field of evolution and development. She worked at small biotechnology companies in Madison before joining the RNA interference Platform at the Broad Institute in Cambridge, MA. Jen came to Cornell in 2009 and first worked with Andrew Clark, professor in the Department of Molecular Biology and Genetics, on Drosophila evolutionary genomics projects before launching the Transcriptional Regulation and Expression (TREx) Facility in 2014. TREx offers end-to-end RNAseq, small RNA sequencing, and ATACseq services. In 2019, Jen launched the Genomics Innovation Hub, a novel collaborative genomics technology development lab with the goal to make open-platform genomics methods and resources available to the Cornell research community. 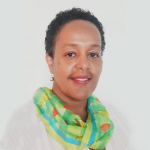 Lydia received her Ph.D. in Immunology from Humboldt University, Berlin, Germany. She moved to Albert Einstein College of Medicine where she pursued a postdoctoral fellowship before becoming Assistant Director of the flow cytometry facility, and Research Associate Professor of microbiology and immunology working on T-cells in mycobacterial infections. In 2019, Lydia brought her extensive expertise in flow cytometry and infectious diseases to Cornell, and took the position as director of the Flow Cytometry Facility. Lydia strikes the perfect balance between scientific excellence and customer service, considering consultation and teaching as integral components of her mission. She enjoys interacting with graduate students, postdocs, and principal investigators to offer experimental design, data interpretations, and manuscript revision advice. Lydia is currently an associate research professor in the Department of Microbiology and Immunology in the College of Veterinary Medicine at Cornell University. 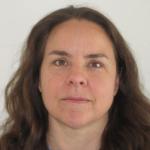 Rebecca (Becky) has always been fascinated by the ability for visualization through different scales and a wide variety of physical contrast mechanisms from optical to X-ray to ultrasound. During her graduate and post graduate work at Cornell, she developed new microscopy techniques based around ultrafast laser sources, enabling less phototoxicity, and deeper penetration and excitation of new types of signals. As a research scientist in Biomedical Engineering, she used these imaging techniques and developed innovative methods to investigate mouse models of cancer and bone growth. In 2006, Becky became the director of the BRC Imaging Facility. She continues to enjoy adapting cutting-edge tools for acquisition, visualization and analysis of image data, and is continuously delighted by each new researcher’s enthusiasm in actually “seeing” how living organisms are organized. 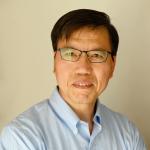 Sheng received his M.D. from Zhejiang University, graduating among the top five of his class. He deepened his knowledge of biochemistry in graduate school before moving to Cornell in 1992 as a postdoctoral researcher in the Section of Biochemistry, Molecular and Cell Biology. Eager to develop expertise in mass spectrometry-based proteomics, he worked as an Application Development Manager at Advion BioSciences, Inc. for five years. In 2004, Sheng accepted the position of Director of the Proteomics Facility, where he combined his expertise in biochemistry and mass spectrometry, with his experience in managing and executing research projects. Sheng was named Director of the Metabolomics Facility in 2017, expanding his responsibilities to oversee state-of-the-art instrumentation and software tools in support of metabolomics analysis, metabolite profiling, metabolic flux analysis, and small molecule quantitation.