Matt has been the Director of the Cornell Institute of Biotechnology since 2019. To read more about Matt’s expertise and experience, see the leadership page.

Tami has been the executive director of the Cornell Institute of Biotechnology since 2015. To read more about Tami’s professional experience, see the leadership page. 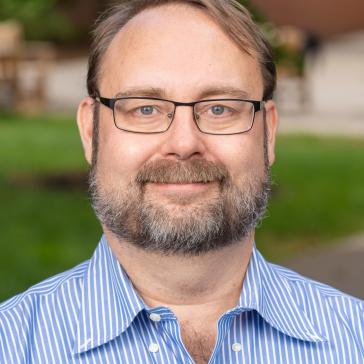 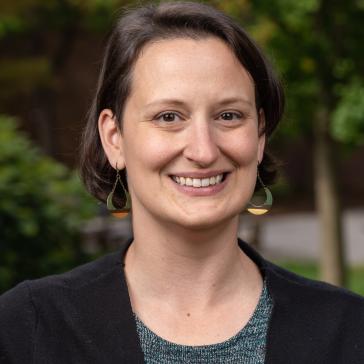 Lindsay received her Bachelor of Science in Wildlife Ecology at the University of Wisconsin-Madison and her Master of Science in Ecology and Evolutionary Biology at Cornell University. She recently shifted her focus to administrative support where she uses the skills developed while managing a research laboratory to provide support for the Institute’s staff and customers. 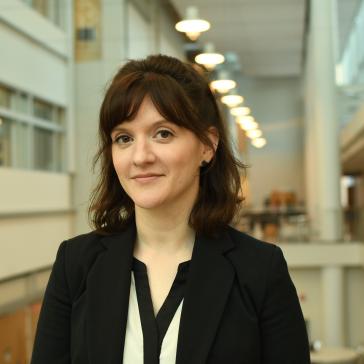 Emily graduated from Elmira College with a Bachelor’s Degree in Psychology. In 2008 she accepted an administrative assistant position in the Cornell Institute of Biotechnology and assumed responsibility for the Institute’s Biotechnology Resource Center (BRC) core facility service billings. Since 2013 she has additionally provided human resources support for the Institute with a particular focus on recruitment and staff professional development and engagement. In 2017 she became a Society for Human Resource Management Certified Professional (SHRM-CP). 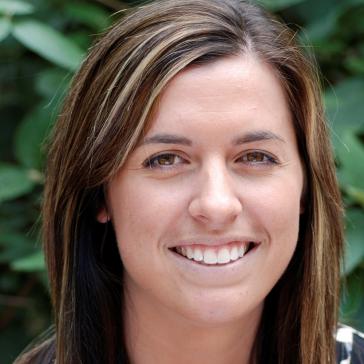 Lianna has a bachelor’s degree in business administration and sports management. She is currently enrolled in the Johnson MPS in Management – Accounting Specialization program through the Employee Degree Program. Lianna is responsible for providing financial management, analysis, budgeting, reporting,  accounting, and is Biotech’s subject matter expert for financial questions and processes.

Matt has been the Director of the Cornell Institute of Biotechnology since 2019. To read more about Matt’s expertise and experience, see the leadership page.

Tami has been the executive director of the Cornell Institute of Biotechnology since 2015. To read more about Tami’s professional experience, see the leadership page.

Jarek became the director of the Bioinformatics Facility in 2004. To read more about Jarek’s expertise and experience, see the leadership page.

Qi Sun received his Ph.D. in Genetics from California Institute of Technology. After doing a short postdoc at Massachusetts General Hospital, he got a job as a research scientist at the company Proteome where he started his career as a bioinformatician. Qi moved to Cornell in 2001, and has worked at the Bioinformatics Facility since then. His research at Cornell mostly focuses on plant genomics.

Robert started his career in quantum chemistry and obtained a PhD in this field in Warsaw, Poland, in 1996. He moved to the University of Delaware where he worked on quantum mechanical predictions of weak intermolecular interactions, and how they determine properties of gases, liquids, and crystals. Fascinated by the human genome sequencing and the huge amounts of data produced by emerging DNA analysis techniques, he joined the Bioinformatics Facility at Cornell in 2006 where he works on high-performance computing (HPC) infrastructure for biological research and on web programming.

Melissa has been studying population genetics and molecular evolution since 2002, both as a graduate student and a programmer/analyst. She completed her PhD at Cornell University developing methods for inferring population histories, and applying them to human and ancient hominin data. She has developed and contributed to several major software tools for analyzing genetic data, including PHAST, ARGweaver, STRUCTURE, and SweepFinder.

Adriano studied Animal Science at Cornell University and started working in the Cornell University College of Veterinary Medicine department of Clinical Sciences, in collaboration with the Baker Institute for Animal Health. He spent several years engaged in practical and analytical research work on canine hip dysplasia before accepting a position in the Biotechnology Resource Center. After a year working on DNA sequencing, Adriano transitioned to the Bioinformatics Facility as the primary developer of the Laboratory Information Management System, which was built from the ground up and is used by each facility today.

Jeff has a Ph.D. in Forest Molecular Genetics from University of Berkeley California and developed his programming expertise during postdoctoral works at the CSIRO and Purdue University. From 2005 to 2016, Jeff was Project Manager of Panzea, a NSF-funded Plant Genome Research Project. Since 2016, he has been a bioinformatician and web developer in the Bioinformatics and Genomics Facilities. He uses his combined experience in molecular biology and programming to assist researchers with their bioinformatics analyses.

Cheng Zou received her PhD in plant molecular biology in Peking University, China. She did her postdoctoral studies at Michigan State University (MSU) with professor Shinhan Shiu, working on the evolution of gene regulation. During her time at MSU, Cheng also completed a masters’ degree in Statistics. She joined the Bioinformatics Facility in January 2018 and began working as a research associate with Qi Sun on bioinformatics analysis assisting molecular breeding.

John is a career IT solution provider who came to Cornell in 2005. He manages desktop and network support for all the Biotechnology Resource Center’s core facilities and several other client groups around campus. He also maintains and supports the BRC software subscription program, which provides affordable research software access to over 140 PI’s laboratories at Cornell.

A twenty year IT veteran, Jerri joined the Institute of Biotechnology in 2014. She started her IT career with two successive system administration positions at Claritas (now Nielsen Market Research). Led by her interest in customer service and face-to-face interactions, Jerri then moved to a desktop support job at Tetra Tech Architects and Engineers (formerly The Thomas Group). Jerri specializes in maintenance and management of software and OS for customers and instruments.

Taylor started his career in IT support at Broome-Tioga Boces. He joined Cornell 13 years ago, providing his IT support expertise to the College of Veterinary Medicine. Taylor accepted a position at the Cornell Institute of Biotechnology in 2019 where his responsibilities cover user desktop support and system administration. He also manages and maintains software and operating systems on the computers that control all the highly technical instruments at the Institute.